Full steam ahead for new partnership with Vintage Trains 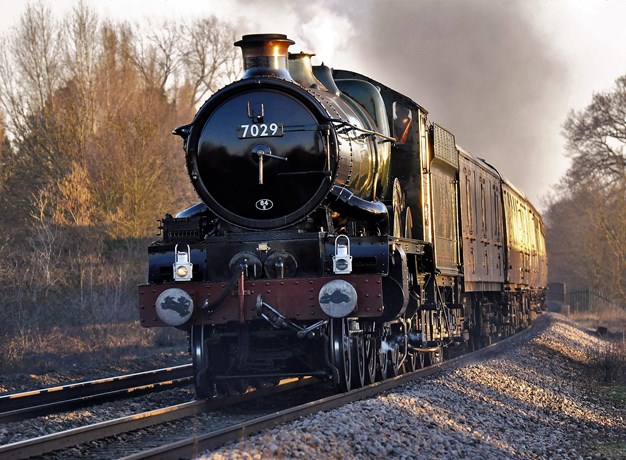 The West Midlands Rail Executive (WMRE) and Vintage Trains (VT) have announced a new steam-powered partnership - recognising the importance of heritage railway to the region.

This unique partnership will focus on the integration of franchise, community and heritage activities and, working with the Heart of England Community Rail partnership, develop and establish the Shakespeare Line and its stations, from Birmingham to Stratford-upon-Avon, as Britain's premier mainline heritage railway.

Moreover, the public can own a share in this development by subscribing tor shares in the Vintage Trains Community Benefit Society's offer which is available until 30th April.

VT and the WMRE recognise the value that mainline steam brings to the region and will collaborate in the following areas:

Malcolm Holmes, Executive Director of WMRE said: 'West Midlands Railways is creating a single network vision to deliver efficiency and growth in rail services across the region. Steam trains offer an exciting opportunity to add value to our network and play a crucial role in promoting our brand by expanding the role our railway plays in the community to encompass leisure and tourist activities.'

WMRE has committed to support VT's express steam trains as a charitably controlled and publicly owned Train Operating Company. It will support VT when providing input to future franchises specifically in relation to the availability of timetabled paths for the Shakespeare Express and other steam trains, encourage station adoption by the community and support VT's role in the Heart of England Community Rail partnership.

The Shakespeare Line from the heart of the City of Birmingham to Stratford-upon-Avon, one of the country's top tourist attractions, will become Britain's premier mainline heritage railway.

An original GWR mainline running through the beautiful Warwickshire countryside, it has been fortunate to retain much of its original Great Western Railway infrastructure, particularly at its authentic stations where GWR red brick and steel, wooden station awnings and original fencing, much of it recently repainted in original GWR colours, have been retained at most   stations along the route.

The partnership will also collaborate in identifying opportunities for station improvements, including Tyseley and Stratford-upon-Avon stations and importantly, involve VT in plans for the future of the time warp that is Birmingham Moor Street station (soon to be part of the new HS2 Curzon complex) and encourage international tourists.

VT will also be involved in the emerging plans for the Commonwealth Games Birmingham 2022 where mainline steam will provide a wider sense of occasion around the time of the games.

Michael Whitehouse, Chairman of Vintage Trains Charitable Trust and the Community Benefit Society said: 'We are extremely proud to be working together with WMRE to help stimulate the West Midlands economy through the power of steam.

"We are world pioneers of mainline express steam trains. This partnership will secure the future for main line steam and, with the establishment of the Shakespeare Line as Britain's premier mainline heritage railway, together we place the region firmly on the global railway map.

"Join us as a shareholder in this unique venture'.