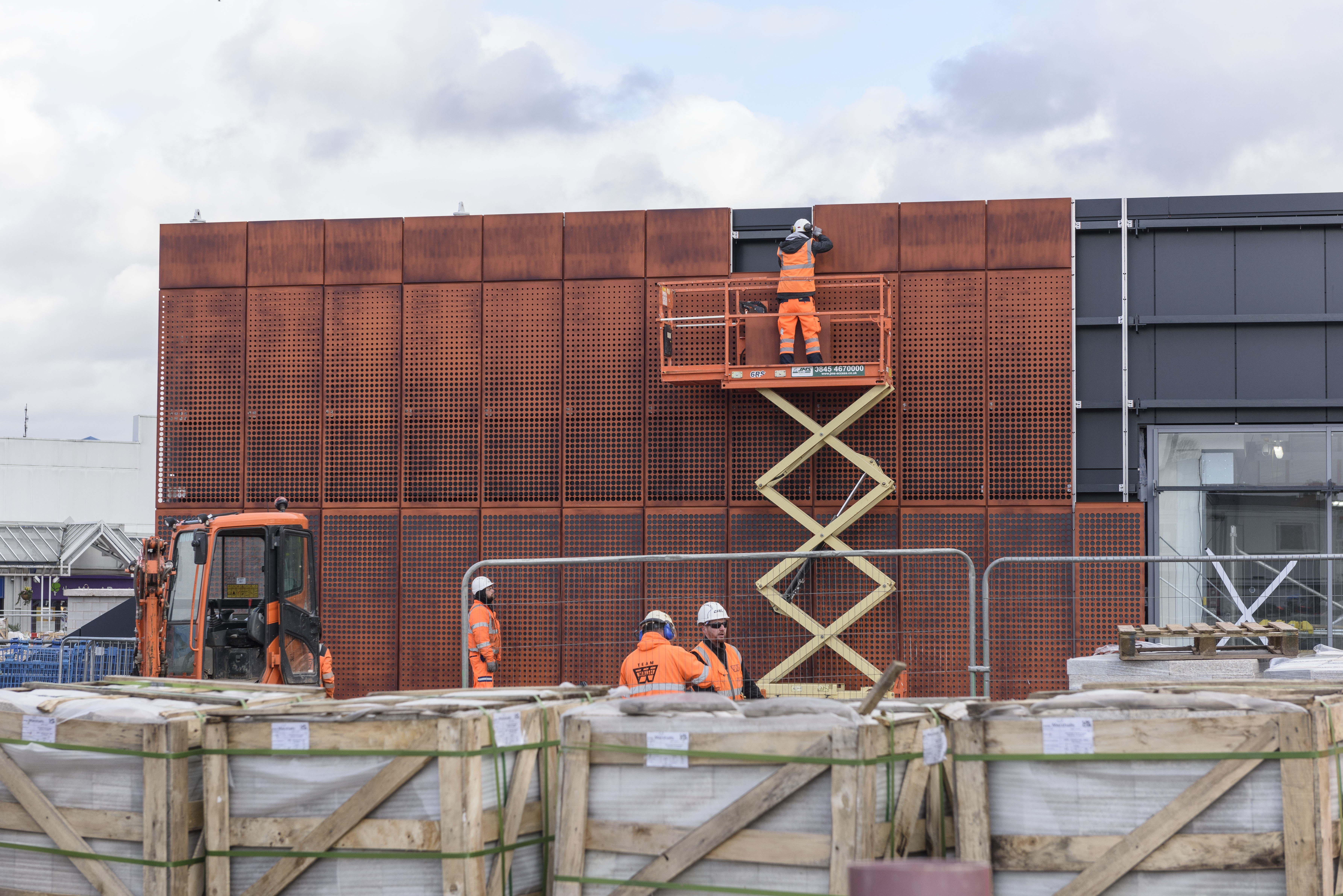 A bronze-coloured frieze depicting athletes in action has been installed on the front of the redeveloped Perry Barr railway station.

The installation of new weathered effect cladding shows that the £30.9 million rebuilding project is nearing completion ready for opening later in the spring and in time to welcome visitors for this summer’s Birmingham 2022 Commonwealth Games.

It will, for years to come, provide a welcoming gateway to Perry Barr with modern facilities including lifts to the platform, ticket office, waiting area and customer toilets. 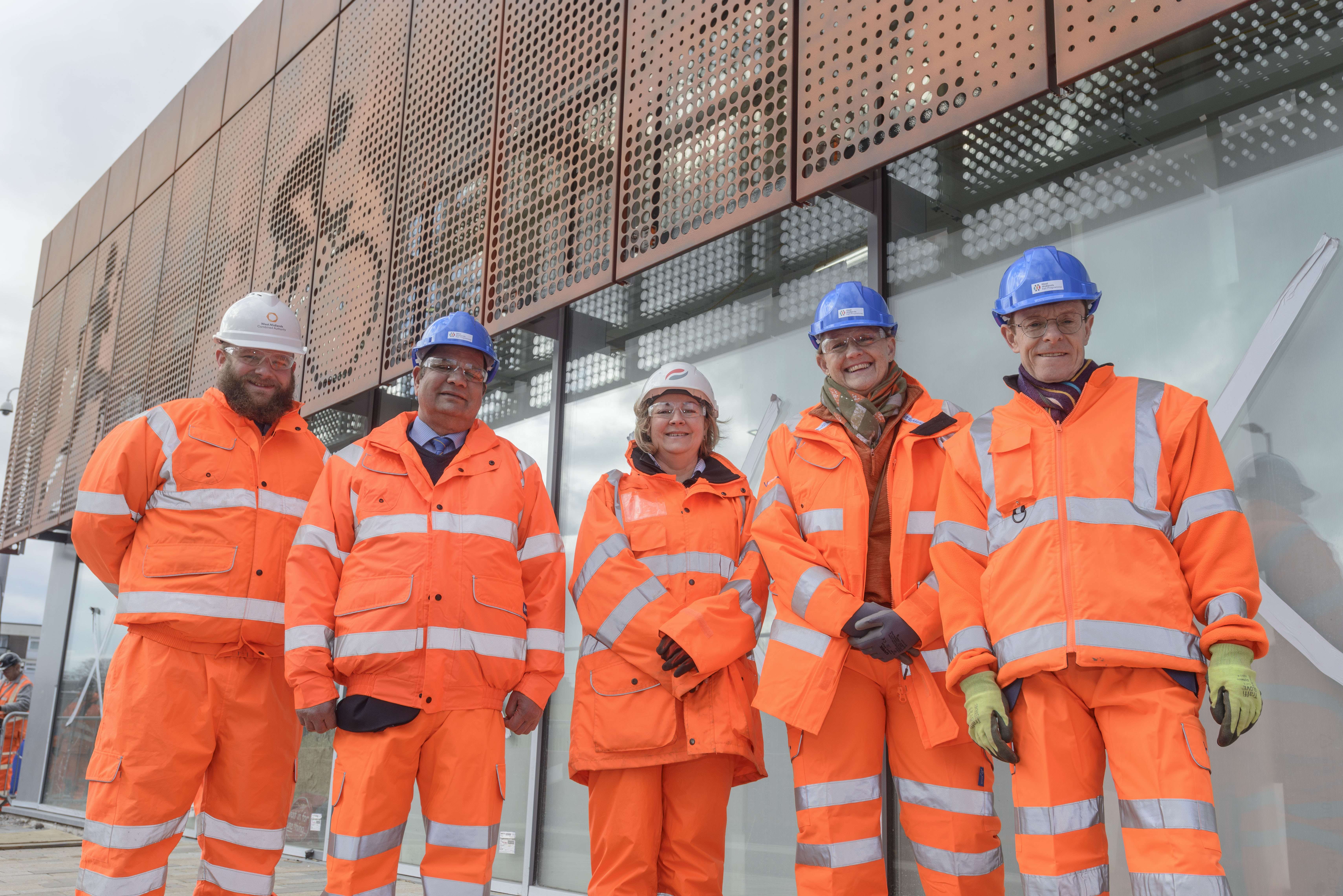 The development, being led by Transport for West Midlands (TfWM) and the West Midlands Rail Executive (WMRE), includes the construction of an upgraded bus interchange outside the neighbouring One Stop Shopping Centre, which allows buses to pull in and out more efficiently than the previous layout.

It is part of the wider £700+ million regeneration of Perry Barr, led by Birmingham City Council, with a new highways layout, thousands of new homes and public spaces also nearing completion.

The Mayor said: “I was here last May when the old station and shops had just been demolished and it’s amazing to see how much progress has been made, even with all the other works going on around the site.

“With a new station, new Sprint bus route, a new bus interchange, and of course cycling routes, residents as well as visitors will have more options for their journeys than ever before. These are changes that will benefit the local community for decades to come, leaving a legacy that lasts well beyond the Commonwealth Games.”

Investment in public transport and active travel is a key part of plans to reduce traffic congestion and achieve the #wm2041 target of being a net zero region within 20 years.

Cllr Lal said: “The new Perry Barr station looks fantastic, and I cannot wait for the day when thousands of fans are making their way through it on their way to watch the Commonwealth Games. The Games are bringing a huge amount of investment into our city, building homes, creating jobs, and improving our public transport systems.

“Perry Barr will become one of the best-connected suburbs in the city, with the newly-renovated station at the heart of this, serving the community for decades to come.”

Louise Brooke-Smith, board director, Greater Birmingham and Solihull Local Enterprise Partnership (GBSLEP), added: “It’s fantastic to see first-hand the progress on Perry Barr station. Along with the bus interchange and wider improvements, the station has transformed this area of Birmingham ahead of the Commonwealth Games later this year.

“Through our unique triple helix structure of working with local authorities, businesses and partners, we've invested £3.5 million into this major regeneration of Perry Barr. After the Games, it will continue to benefit local people and businesses – creating better places for our communities and driving inclusive economic growth to support our local economy."

Partners for the rebuild of Perry Barr station and bus interchange include:

The majority of the funding for the project has come from WMCA, GBSLEP and the Department for Levelling Up, Housing and Communities.