Two Birmingham railway stations are on track for Commonwealth Games

Works to rebuild both the University and Perry Barr railway stations in Birmingham are under way ahead of next summer's Birmingham 2022 Commonwealth Games.

Construction teams are on site at the new University Station which will provide a magnificent gateway for the millions of people a year who visit the University of Birmingham and Queen Elizabeth Hospital. It will be open in time to welcome spectators for the hockey and squash competitions which will be hosted by the university during the games.

Preparation work has also begun on the Perry Barr station site where the station building and row of shops are set to be demolished later this Spring.

The final Â£9.5 million funding towards the Â£30 million redevelopment project, which includes redevelopment of the neighbouring bus interchange, is due to be confirmed by the West Midlands Combined Authority (WMCA) Board at its monthly meeting this Friday (19th March).

The Perry Barr station rebuild is part of the wider Â£500 million regeneration of the area and will be completed in time to receive visitors to the Alexander Stadium for the athletics next summer. 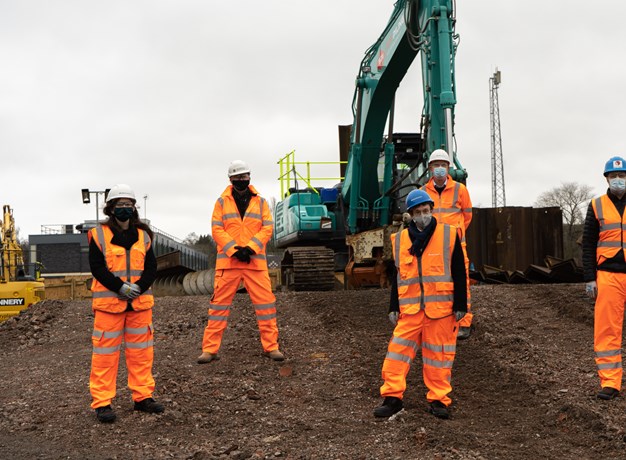 Mayor of the West Midlands Andy Street said: "I am delighted that despite the pandemic we're pressing on with our ambitious station programme, and will have both Perry Barr and University ready to welcome the world next summer for the Commonwealth Games.

"Not only will these stations provide upgraded facilities and much-needed extra capacity for millions of Brummie commuters for years to come, but their construction also helps to create and secure local jobs at what is an incredibly difficult time for people's livelihoods."

Investment in railways is key part of plans to achieve the #WM2041 target for a zero-carbon region.

Cllr Ian Ward, leader of Birmingham City Council and WMCA portfolio holder for transport said: "The redevelopment of Perry Barr station is long overdue and a key component, along with the bus interchange, of the regeneration of the area. I am delighted that as a region we have been able to come together and get it fully funded.

"The Commonwealth Games have been the catalyst for getting these projects under way, but they are about so much more than that and will provide a lasting legacy for this city - especially as we need to encourage more people to take more sustainable forms of transport to improve both our air quality and help us meet the climate change challenge."

Trevor Payne, director of estates at the University of Birmingham said: "As an official partner of Birmingham 2022 and a competition venue for both the hockey and squash, we are tremendously excited for the Commonwealth Games and the new University station.

"Being able to provide a 21st Century station to competitors, organisers and many thousands of spectators is critical, as is providing excellent lasting facilities for staff, students and the local community."

Dave Penney, Network Rail's central route director, said: "These new stations will provide a much-improved gateway to some of Birmingham's leading sport, health and educational destinations. They're part of wider railway improvements to give passengers from across the West Midlands and beyond the best possible travel experience."

Perry Barr station will be closing for 12 months from 10th May for reconstruction. For details of alternative travel options visit  www.wmnetwork.co.uk/perrybarr