Community to have their say on new Birmingham railway station names

Residents in Stirchley and Moseley are from today being given the opportunity to have their say on names for their new railway stations.

Construction work on three new stations on the Camp Hill line in south Birmingham is due to start later this year – but only the name of Kings Heath Station is agreed.

To settle the remaining names Transport for West Midlands (TfWM) is asking residents living near the two stations to pick their preference from shortlists. 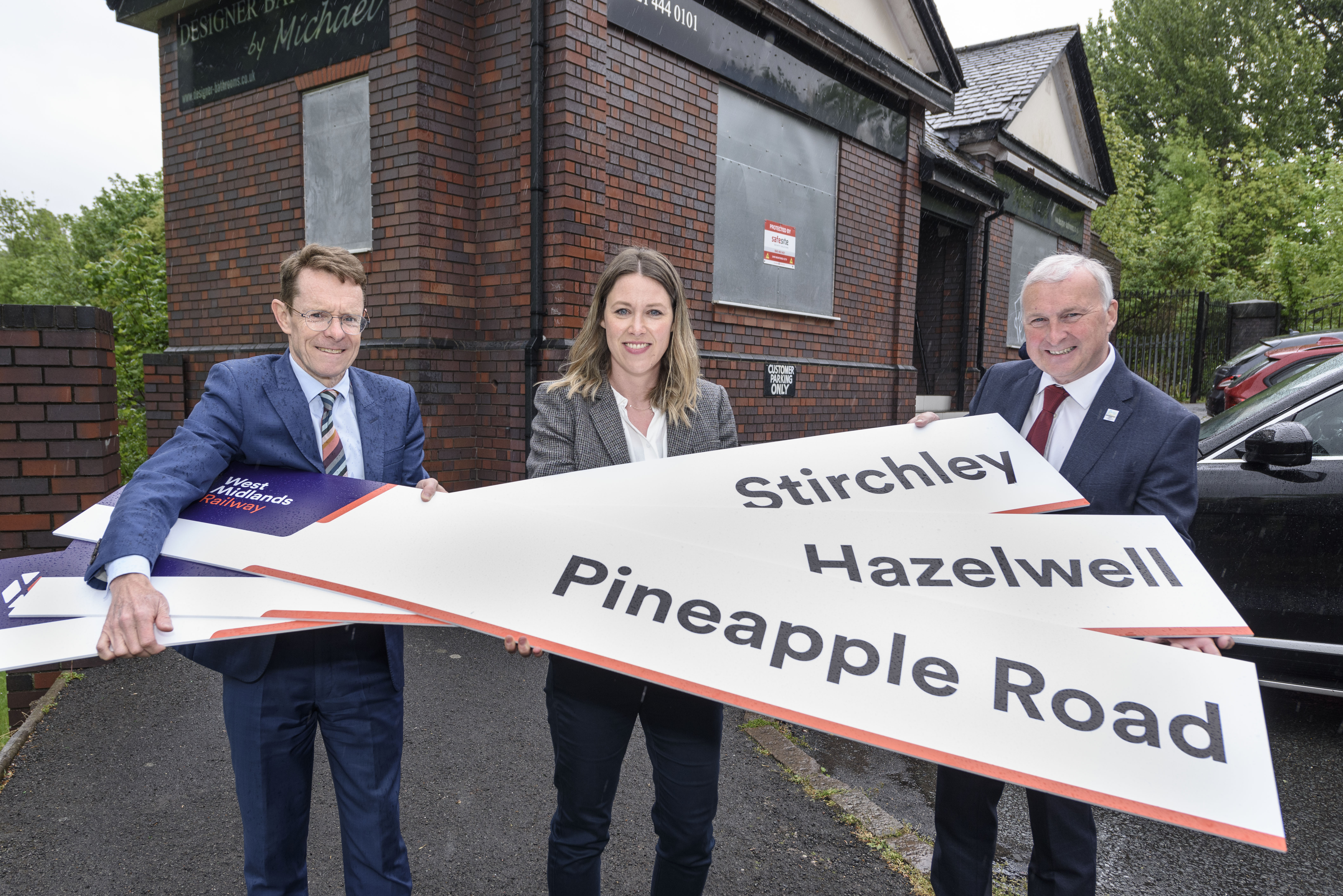 There is a three-way choice between Hazelwell, Stirchley and Pineapple Road for one station while those further along the track can pick between Moseley and Moseley Village for their local station.

The new stations are being built to enable regular passenger services to return to the Camp Hill line for the first time in 80 years. The project is led by TfWM, which is part of the West Midlands Combined Authority (WMCA) and the West Midlands Rail Executive (WMRE).

Andy Street, the Mayor of the West Midlands and WMCA chair, said: “We recently announced that after much anticipation there is real progress in the return of passenger services to the Camp Hill line with the appointment of a contractor to get the stations built. Now we need locals to help us name their new stations.

“Residents have been waiting decades for their local stations to return, and so it is only right they have a say in what they will be called. I am delighted that since I was elected Mayor we have been able to press on with these plans, and I look forward to seeing diggers in the ground and what station names come out top of the survey.”

The WMCA is providing £36 million towards the cost, with £20 million from the Department for Transport (DfT) and the remaining £5 million from Birmingham City Council’s clean air zone fund.

Cllr Ian Ward, WMCA portfolio holder for transport and leader of Birmingham City Council, added: “The reopening of the Camp Hill Line is a big step forward in our transition to a city of better public transport and is fantastic news for commuters in Stirchley and Moseley.

"I'm also delighted that revenue from the Clean Air Zone is contributing to key projects that will deliver clean air right across Birmingham, not just in the city centre.

"So, with a contractor in place ready to start building work later this year, we want the people and communities that will be using these stations to have a say in what they are called."

Residents have until May 25th to respond, after which the Mayor will assess the responses and pick the names. These will be announced in June. For further information and to take part in the survey visit the WMRE website.